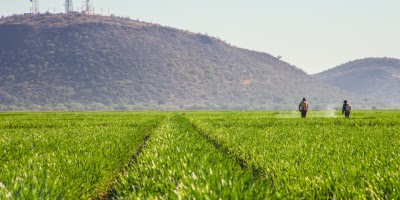 When David Weir was in Afghanistan with his wife he discovered that some of the food he was getting from the American embassy contained ingredients that had been banned in the United States. As he investigated why he discovered that US companies not only were allowed but encouraged to send their banned products over seas in a kind of compensation for not being able to sell them at home. The trouble is that there is a kind of natural blowback as things like pesticides and similar substances are coming into the country via the wind and the products we import.

Eye opening documentary that reinforces the point that we can't give away dangerous things to other countries because it comes back to haunt us.  We see through very clear and chilling examples how This process is upsetting the natural balance -poisons in India are not only the predators, but also the live stock and the chemicals used in farming in Mexico are laying waste to land on the US side of the border. Its chilling to think how we are poisoning ourselves and we don't even know it.

While audience members who are environmentally aware may know some of this there is enough visual information and enough driving home of the point to make this film a must see.

CIRCLE OF POISON plays November 18 and 19th at DOC NYC. For more information and tickets go here.
Posted by Steve Kopian at November 15, 2015