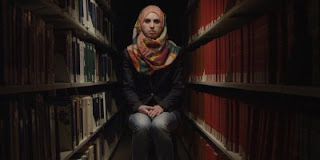 Portrait of the Jessup, a moot court modeled on the United Nations' International Court of Justice. The film looks at the court through several law students who compete at the Jessup.

Solid portrait of a competition that may very well determine who we will see at the ICJ in the future. I'm going to keep this review short because I don't have a great deal to say about the film. Actually I find I want to nitpick the slick handing of the material, moving cameras and speedy editing style, but I know that's more a result of seeing this film in the middle of 80 plus other features at DOC NYC and not a reflection of the film's considerable merits.  On its own terms this is a very good film and one that you should make an effort to see.

The film had it's world premiere over the weekend and screens one more time on on Thursday at DOC NYC. For more information and tickets go here.
Posted by Steve Kopian at November 17, 2015