DOC NYC 2015 Shorts: A Few of My Favorite Things 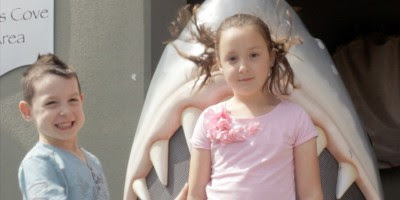 This collection of family oriented films isn't bad. Nothing is a home run but everything is a base hit of some form or another.

TEEN PRESS- a look at the journalism class at Santa Barbara Middle School and their Teen Press which seeks to covers as if the kids are professional journalists. This is a super little film on a great looking program.

CURT- 50 year old Curt Harper a 50 year old with autism who surfs and is a hero to all the local surfers. A great heartwarming film.

MADE OF CLAY- An Emirati boy wants to make stop motion films.

LITTLE HERO- Avery explains why her brother is her hero. Its  a touching little film that only a little girl could do about her brother.

CONEPHONES is not so much a documentary as an film using documentary footage of playground to interesting effect. Its good but what is this doing at DOC NYC?

The screener I was given for ALIENATION did not work.

This collection plays Sunday the 15th at 1145am. For tickets and more information go here.
Posted by Steve Kopian at November 10, 2015