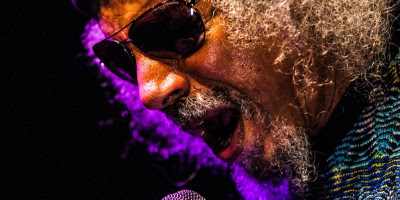 Vitally important look at the album Hustler's Convention which influenced the generations of musicians that followed and essentially set the ground work for Rap and Hip Hop as we know it today.

Tracing the course of the poetry that came out of the Black Arts Movement which gave voice to many young Blacks in the late 50's and 60's which watch how the poetry began to influence people in and out of the community Among the most influential was the New York based Last Poets who came together to perform their poetry. This eventually led to the creation of Hustler's Convention that is described in the film as being someone speaking aloud all of the thoughts that people were having but were afraid to speak.

For me this film is one giant "ah ha" moment as the history of Rap and Hip Hop was finally laid out before me. Yes I knew bits of this but to be honest I didn't know Hustler's Convention, The Last Poets or Jalal Nuriddin.  Watching the film was like having all of the last forty years suddenly click into focus with a loud clap of thunder. Now at last I understood where it all come from and flowed to now.

While the film is in it's way a conventional documentary in it's construction, its a collection of talking heads, location visits and animated recreations  mixed with some performance pieces, the films subject and story transcends the telling to become something that changes the way you see the world and our collected culture. I suspect that had the film tried to do something flashy the story that is at the heart of the film might have gotten lost.

I don't know what to say other than this is a must see if you want to know how we got here and why hip hop and rap matter.