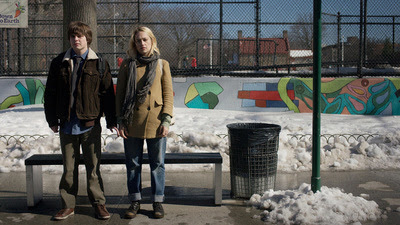 I really enjoyed All These Small Moments. A New York coming of age story about a boy named Howie in high school who’s infatuated with the girl on the bus. (Played by Jemima Kirke who is also in Untogether. It’s funny, I wasn’t a huge fan of her in Girls, but am loving her in both films!) While this is going on, he’s also dealing with his parents marriage falling apart.

I loved seeing Molly Ringwald in this, as she was in so many coming of age movies in the 80’s. Kevin Smith’s daughter plays the girl at school who has a crush on Howie. All the characters were a bit quirky. I have nothing bad to say about this film.

Much recommended.
Posted by Steve Kopian at April 30, 2018