One of the oddest collections of "films" I've run across in the 9 years of going to Tribeca. The pilots are all over the place with one of the worst things I've ever seen at a Tribeca Film Festival 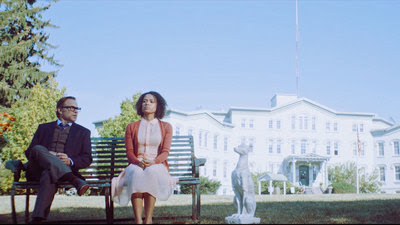 FABLED
Boasting a great cast (Zosia Mamet, Trace Lysette, Gugu Mbatha Raw, Paul Wesley, Norbert Leo Butz) this is the possibly the start of something but one really can't be certain since this is much too short to really get a sense of it. The plot of the pilot has two women, one named Alice and the other Dorothy who both see magic in the world escaping from an mental hospital in their doctors car. And that's as far as it goes leaving us wanting to know where its going to go but not sure if the tome will work. Still I would like to see where this goes. 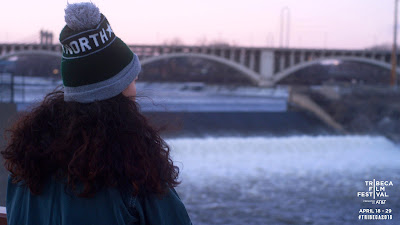 I have already reviewed Naomi Ko's NICE and I really liked it. This story of a Korean American young woman diagnosed with breast cancer is just really good. Actually seeing it a second time truly impressed the hell out of me to the point I'd love to see where this goes. This is my choice for a full series. 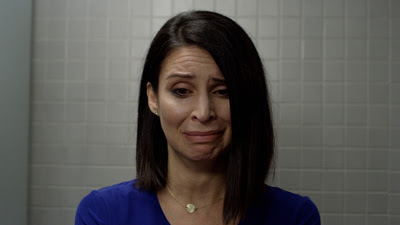 OVER SHARING has as it's central character one of the most obnoxious asshole's I've ever seen on screen. why or how anyone thought that anyone would want to see this person in anything is one the great mysteries of life. It is one of the worst things I've seen at any of the last 9 Tribecas. The less said the better unless it is to come up with an idea about how to erase it from existence.

TANTALUM just stops with no sense of what this is or where its going. A super rich guy who is planning on jumping from a bridge meets a strange woman sitting up high on the bridge... and then it stops. The promo material talks about it becoming a bizarre and violent night, but frankly none of that is in the 15 minutes screened. There is no sense of anything. And while what is here is interesting, there is absolutely nothing here that would make me think this should go to series because there is no sense of anything- despite being an excellent start of something 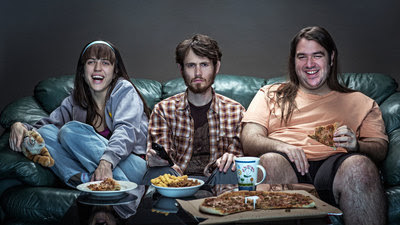 ON THE SPECTRUM is an Israeli series about three people on the autism spectrum trying to get by in life. It is quite good, would probably be a good series, and is the odd duck in that it is strangely normal compared to the other pilots in the collection
Posted by Steve Kopian at April 29, 2018