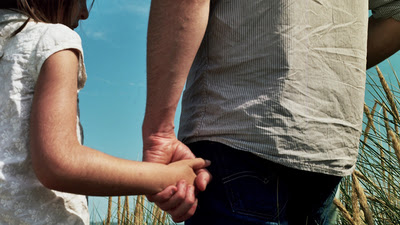 "Feel good" misfire has a a single mom desperately  leaving her daughter with her ex. He isn't suppose to know the girl is really his daughter, and she doesn't trust him, but she must make the flight... then what was supposed to be a couple of minutes becomes a couple of days.

Cute idea for a film begins off the rails and just goes farther afield as the realities of the plot simply fail to make any real world sense. Lets begin with the baby sitter who never picks up her phone and is a nonentity and lets move on through every plot point not the least of which is Antione takes Elsa from her grandmother secretly and no one bats an eye. You've effectively kidnapped the child and no one calls the police.... really?

Scenes begin and end. Bits drift about... and much of it works as random scenes but as a whole you'd have to be a fool not to wonder about ho exactly its all supposed to fit together. Nothing really connects up with out major leaps of faith.

Add to the mess what maybe the most annoying score (it sounds like it was composed on the stupid musical instrument the little girl plays a few times), a tone that portends a doom that never arrives and a little girl who will frequently look directly into the camera and you have a film that disappoints more than entertains.

Not worth the effort.