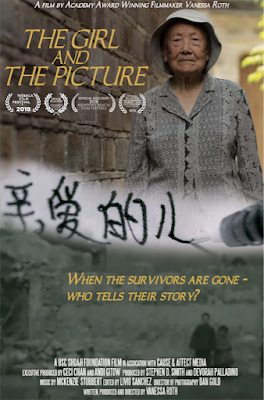 Xia Shuqin was eight years old when she witnessed the Rape of Nanjing. After she survived, she, along with her younger sister who also survived were photographed by missionary John Magee who was doing the only thing he could, documenting the crimes of the Japanese soldiers. As Shuqin shares her story with her family she encounters the grandson of the man who took her legendary photograph.

Moving story of a terrible chapter in human existence is given a connection across the generations as the relived story of what happened is connected to the next generations. If you've never heard of what happened in Nanjing this film will reveal itself to be a real kick in the pants. Even if you have heard of the massacre this film will bring is starkly to life and make it something living and breathing.