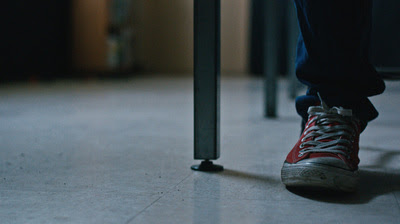 Survivor of the movie theater shooting in Aurora Colorado tells the stories of some of the survivors of that shooting and others in the hope of showing that one can survive surviving something horrible.

Odd narrative short is heart felt and well done but leaves one feeling what we are supposed to feel. More public service film than anything, it is kind of like being lectured  to instead of being told.

The problem is the film kind of falls in between being a narrative and documentary. Some people are actual survivors. Others are actors. We get to see scenes from their lives recreated but it feels like an odd cable TV documentary. As a result I remained at arm's length and never connected.

To be honest I respect the film but I really didn't much care for it.

SURVIVING THEATER 9 plays at Tribeca as part of the AFTERMATH shorts collection. FOr more information and tickets go here.
Posted by Steve Kopian at April 22, 2018