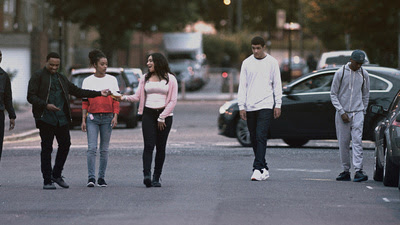 OBEY takes place in London at the time of the London riots that occurred in 2011. The film centers on Leon, who spends time with his friends who are up to no good (drinking, smoking, stealing and getting high off balloons), while also having to take care of his alcoholic mess of a mother, and dealing with her addict abusive boyfriend. He spends time boxing to let off steam. At a party he meets the pretty Twiggy, who is different from his friends, and soon spends time with her and her boyfriend.