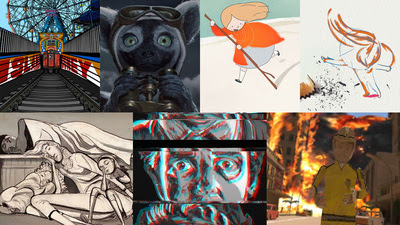 Here is a look at all the films in the section except for Pixar's BAO which I will discuss in relation to it's screening at a Masterclass.Over all its a good but unremarkable collection that isn't as solid as previous years.

FIRE IN CARDBOARD CITY
What happens when a fire starts in a world where everything, even the water is made of cardboard? A solid comedy that would have worked better shorter since there is a certain point where we get the joke, even if we don't  see the ending coming.

THE VELVET UNDERGROUND PLAYED AT MY HIGH SCHOOL
A recounting of when in 1965 when the Velvet Underground played Summit High School in New Jersey and terrified the natives. Its a straight recounting that should be playing with NICO 1988.

SUPRESA (Surprise)
A mother and her four year old discuss the child's kidney cancer.  This is cute.

THE HISTORY OF WHITE PEOPLE IN AMERICA
One of the best films in the collection is a history of race and racism in America that is going to rattle some people's cages.

LATE AFTERNOON
An old woman with memory problems has them come flooding back. Sweet and moving.

BROOKLYN BREEZE
Hands down my favorite film in the collection is also the best. A musical tribute to Brooklyn from one of my most favorite animators Alex Budovsky. If you know BATH TIME IN CLERKENWELL then you know the wonders coming your way. 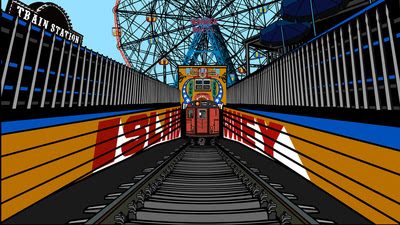