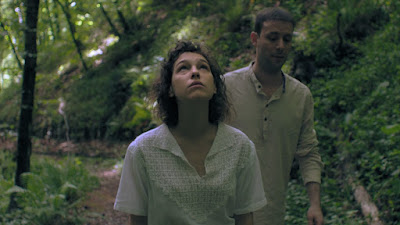 Burak Çevik contemplates the murder of his grandmother by his aunt in his sophomore film BELONGING. Told in two parts the film seeks to make sense of the tragedy, first with a recounting of the testimony of Cevik's aunt's lover's testimony and then with a fictional recreation of the first meeting of the doomed lovers.

I originally watched BELONGING unaware that it was based on an actual event that happened in the director's past. I had thought the entire film was fictional, however after reading on the film and it's screening in Berlin I discovered that the testimony that opened the film is the testimony given in the murder of his grandmother. Finding this out changed, slightly, my opinion of the film by giving it some added weight.

Based on truth or not (the second part of the film is supposition) this is an okay film. An attempt to try and sort how so something so tragic could have such a banal beginning never builds to any heat. We know it's all going to go wrong, and we know how, we just get to watch how the killers were put on the road. While never bad, it never is truly engages. 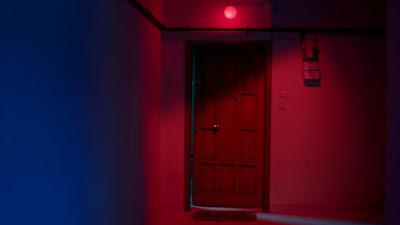