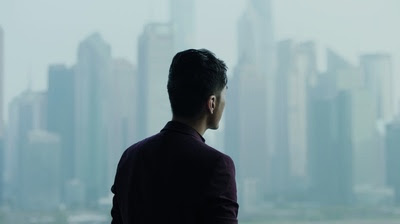 Two okay stories are made meh by the idea that the two men are actually the same person with a soul jumping between bodies, or something. I didn’t really care by the time the big reveal/twist happens because the way the film is constructed we know what the film is getting at five minutes in. I don’t think connecting the stories really adds anything to either since it infers some greater meaning that the almost 100 minute run time doesn’t really have. My thought about twenty minutes in was this would have been either a great half hour short or two solid hour long but unconnected films.