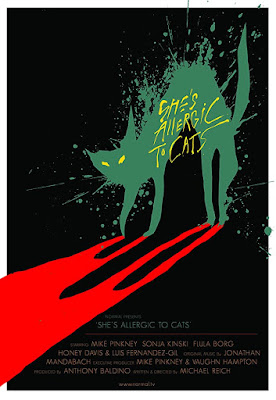 Award winning experimental horror comedy romance film that was shot on home video is going to either thrill you or make you throw your viewing device into the ninth circle of hell.

Video artist Mike Pinkney plays Mike Pinkney a video artist who came to LA in the hope of making an all cat version of Stephen Kings Carrie. Forced to work as a dog groomer  he lives a miserable existence until he meets Cora and falls madly in love.

Weird, strange, and pretentious in ways that most Brooklyn hipsters wish they could be,  this referential film is a one of a kind viewing experience for a modern day audience. Looking more like a weird video installation from the 1990's or something along the lines like ELECTRIC WORSHIP or some of the other head case video sourced films from the last few decades that no one really watches any more, this film has a visual style that borders on abusive.

Watching this film I not only wondered if adults really made this and if so if I could press charges for the cinematic abuse.

In short I really hated this film.

Normally when I hate a film this much I either decline to review it or push it off until the Thanksgiving turkey run but since the film has won numerous awards over the last four years since it first escaped from the demon realms, I figured I should mention it since its clear some misguided (or chemically altered) people have loved it. (Several of whom I think were friends of mine until they read this review)

I have no idea if you'll like it but I wouldn't risk the permanent damage this film might  cause your psyche. 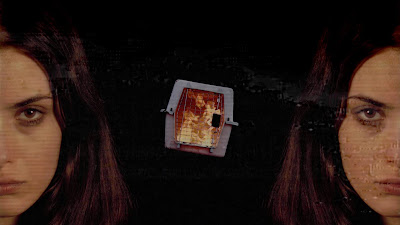