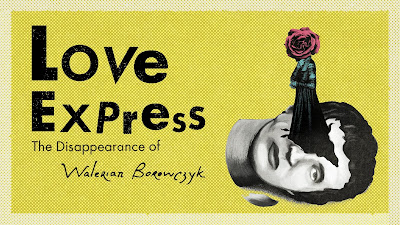 A film portrait of filmmaker Walerian Borowczyk, who stormed the barricades of cinema in the later 1950’s via his animated films. His films, the likes of which most people had never seen were game changers influencing filmmakers everywhere including Terry Gilliam who said his films were responsible for the look and feel of Monty Python and the Holy Grail. Borowczyk moved from animated shorts to live action features drifting from one of a kind art films into a films that explored the realms of sex via erotica to mixed effect. Then somewhere along the way he fell out of favor and seemed to disappear.

When I was a young cinema fan Borowczyk was a name to know, His films were ones to see with his shorts spoken of as trippy mind blowers. It wasn’t until after college that I finally the shorts which seemed at odds with films like The Immoral Tales or The Beast. Despite the interest in the films, the man always seemed to be out of reach. He was one of the few filmmakers I didn’t know anything about which is why I jumped at the chance to see Love Express.

Now having seen the film I don’t know what to think. While I have some sense of the man, and I have a better sense of his influence on filmmakers, I honestly don’t know what I think beyond that. The problem with the film is that the film is so focused on the man it never puts him in to context or explains who he is. If I didn’t know who he was going in I wouldn’t have any real idea. There is little sense of why Borowczyk is important. He is, but not for any reason I saw in the film. Okay yes, he influenced people and shook things up but we get no sense of him in the larger history of cinema. We don’t see how cinema changed around him with the result he exists in a vacuum.

The result is a film I like but don’t love. I admire it more than anything.

If you are a film nut, with some sense of Walerian Borowczyk, the film is worth seeing. If you’re not this film is probably going over your head,
Posted by Steve Kopian at August 20, 2020