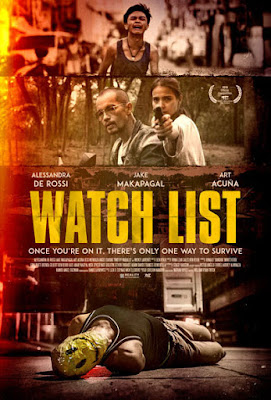 Crushing film about the madness going on in the Philippines where Rodrigo Duterte is essentially sanctioning a lawless society where anyone can be killed at anytime if they even suspected of being involved in the drug trade.

The film is the story of Maria whose life is thrown into a spin when her husband, a reformed junkie, is rearrested by the police. As he tries to get himself out of trouble, he is murdered leaving Maria to wonder who was responsible and why. As she goes against the advice of her friends she descends into the corrupt underbelly of the city where she finds how hard it is walk the tightrope between good and evil.

Bleak, black and crushing this is not a happy film. While it can be a bit soapy or preachy at times (the film has a very definite point of view) the film never loses any of it’s power anywhere along the way. As Maria goes farther on her journey it becomes more and more clear this really can’t end well for anyone. By the time the end credits roll we have been raked over the coals and our hearts have been broken into a million pieces. I murmured Oh God more than a couple of times.

A small gem. WATCH LIST is recommended.
Posted by Steve Kopian at August 16, 2020