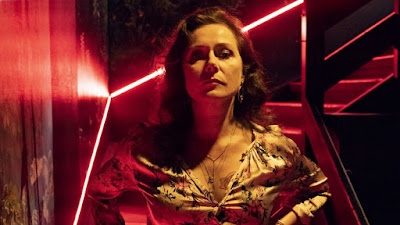 After her mother is killed in a car crash Ida,a 17 year old girl is sent to live with her estranged aunt and her cousins. She quickly learns that despite the loving feeling between the family members they are nasty criminals.

Despite being extremely well made and beautifully acted Wildland (aka Kod & Blod) kind of just missed for me. I don’t know if it’s the fact that I’ve seen the Australian Animal Kingdom (and it’s spin off American TV series) too many times, or it’s because coming at the tail end of my time covering Fantasia it seemed much too sedate. It’s so low key and matter of fact that it kind of feel like a film that wandered into the wrong festival, despite being a crime drama.

I know part of the problem with the film for me is that Ida is much to passive for much of the film. The character takes the notion of her being our eyes a little too seriously and while she steps in the end it’s a little too late to generate absolute excitement. The result this is a film I liked this more than I loved it.