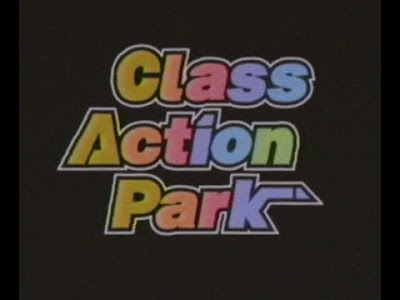 Portrait of the legendary/infamous New Jersey amusement park where odds are you would be walking out injured from some mishap on a ride, assuming that one of the rides didn't kill you.

Having recently watched a couple of short documentaries on YouTube on the park I found that I was decidedly very mixed on this feature film. The problem is not the content but the arrangement of the material. There doesn't seem to be a flow to things with the result I kind of lost interest about half way in.

Beginning with brief discussion of  the two penny stock criminals who set up the park, the film then shifts gears to walk us through pretty much all of the rides. Our walk through all the murder devices begins with the legendary looping water slide- something that broke a lot of mannequins getting it to the point where it wouldn't kill anyone who rode it. It just knocked their teeth out and mangled their bodies. The walk through is wonderful in that we get a fantastic sense of what all of the rides were like to ride and get hurt on them. We also get a sense of what it was like to work at the park...

...the problem is we really don't get any sense of the history of the park or anything outside of it. Indeed we're almost an hour into the film before we start to talk about all of the deaths and nastiness associated with the park. It's an odd way to do things since the stories of the deaths and injuries helped to enhance the parks reputation and infamy. The way things are laid out the park seemed to have existed in a bubble.  Don't get me wrong what is here is good and informative but there really isn't any context, at least where it should be.

I was kind of disappointed. It's not bad, but in a lot ways I felt more satisfied by the films I saw on YouTube.

Worth a look for anyone wanting to know what it was like to be there, but you are going to have to look elsewhere for the history and context of its existence.
Posted by Steve Kopian at August 23, 2020