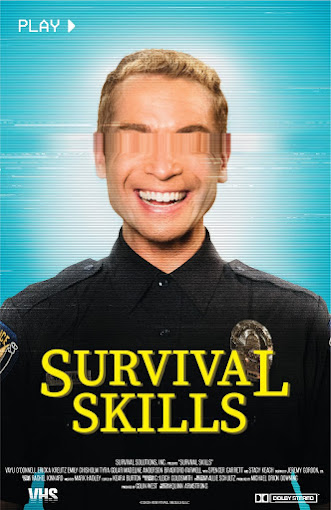 Legendary actor Stacy Keach (Escape from LA, American History X) narrates Quinn Armstrong’s Survival Skills. Based on Armstrong’s 2017 short of the same name, Survival Skills is filmed in the style of a 1980’s police training video and tells the story of Jim Williams played by Vayu O’Donnell (The Weekend, Red Dead Redemption II). Jim is a happy go lucky guy with a smile on his face and a spring in his step. It’s his first day on the job and he’s got a lot to learn and some big shoes to fill. 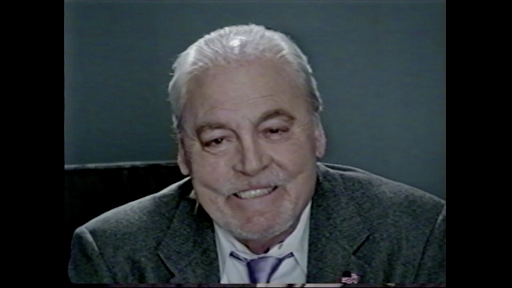 On his very first day Jim meets Allison Lohmann played by Ericka Kreutz (A Handmaid’s Tale, Dead to Me) who is not at all impressed with Jim’s perky demeanor. Over the course of his training the unlikely duo forms a bond of sorts and we see the characters show a few touching moments. It’s Allison’s ability to see the man hiding behind his cheery disposition that I find so endearing. She opens up to him in a way that is quite unexpected and I really enjoyed their growing relationship. 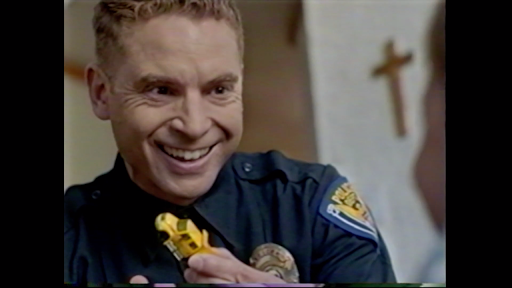 Throughout the film Jim starts to realize that police work is not at all what he had expected. He has to toughen up if he wants to make it with the big dogs. His first case was a big one. Domestic violence. It was difficult for him to walk away from a case such as this knowing that the mother and daughter needed help but were unable to ask for it. Case after case he did his best to ignore the feelings in his heart and the doubt in his head. Eventually the nagging feeling calling for justice becomes to much for Jim to handle so he reaches out to the wife with dire consequences. 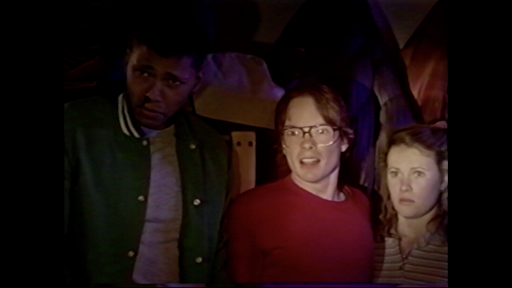 Creating a realistic case involving domestic violence is never an easy task. It’s a scenario that requires delicate hands and a thoughtful mind. This is something that happens to men, women, and children every day in the real world. I really admire Quinn’s eye for detail and relatable story line. The character of Jim is caught between two worlds. One where he’s an officer of the law sworn to protect and serve, and the other where his peaceful and caring nature yearns to make a difference in this families life. What would you do if the choice were yours? 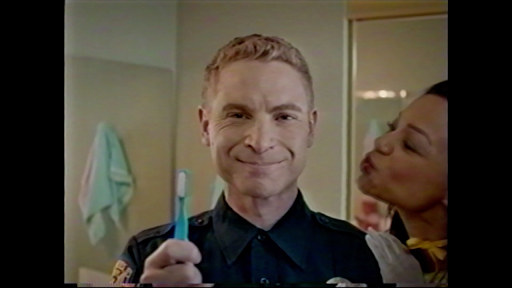 The final sequence of the film is not what I had expected and I certainly didn’t see it coming. The final minutes of the story are riveting and had me sitting on the end of my seat. An unexpected event for both the character and the audience puts a spin on the story that I didn’t even know I wanted until it started to unfold. Although he didn’t always make the best decisions Jim did what he felt was right and I can only admire him for that. 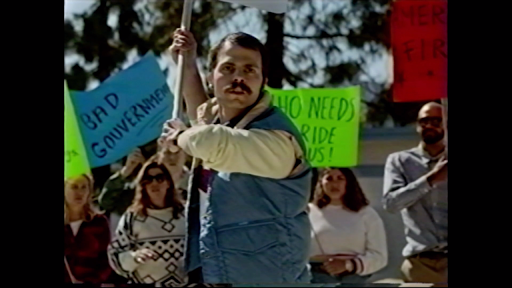 I was surprised by Survival Skills on so many levels. It’s a carefully crafted, well thought out story about a man with a moral compass. This story is perfectly paired with 80’s nostalgia, comedy, and realistic, delightful characters. I would highly recommend this film if you’re a fan of unique, quirky dramas. There are plenty of surprises around every corner. Survivor Skills is an official selection at the 2020 Fantasia International Film Festival.
Posted by She Loves The Night at August 18, 2020