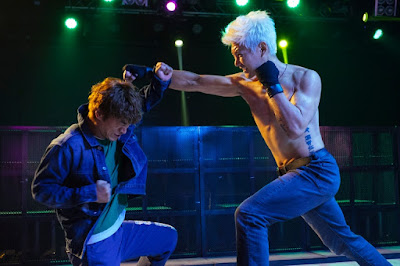 If you are looking for a throw back to the original days of the New York Asian Film Festival when wild and crazy was the norm and action was in every other film then this year's one throwback film seems to be the comic infused UNLEASHED.  Compared to the heavy dramas, comedies and other good for you explorations of far off lands this martial arts film is positively heathen.

Fok Kit teached martial arts by day and fights for cash at night. Just as love, in the form of an actress needing to learn to fight comes along, his master's school is threatened with shut down by a raiding of the rent and bad guys who want Fok Kit to fight their guy for big money.

While most assuredly we have been there before any number of times the sheer joy in the telling and the great cast sell this film from the first frame to the last. As the NYAFF write up says this is a popcorn film from top to bottom and in a festival full of social issues, killer kids, heavy tragedy and feel good dramas it's nice to have at least one film that just wants to entertain and not make point about anything. 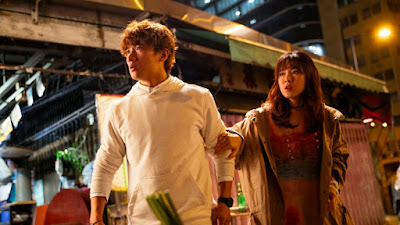