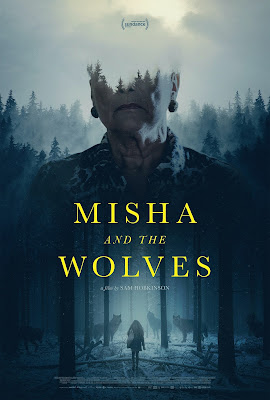 This is the story of Misha. She was a survivor of the Holocaust  who as a child lived with wolves after her parents were deported. Years later after moving to America she got a book deal, a shot at Oprah and her story was turned into a movie. Unfortunately there was also a lawsuit over royalties that resulted in story unraveling until things took a weird turn

This is a hell of a story. This is a tale that will grab you and drag you along. This is a twisting turning film that moves like the best mystery movie you've seen. Unless you've heard this this story there is no way to know when this is coming. Time and time again it took a turn I never expected. You will not want to look away.

How compelling is this film? I was enthralled to the point I was literally carrying my laptop around my house because I couldn't pause it to see what was coming next.

While this may not be the best film at Sundance it is quite simply the most entertaining.