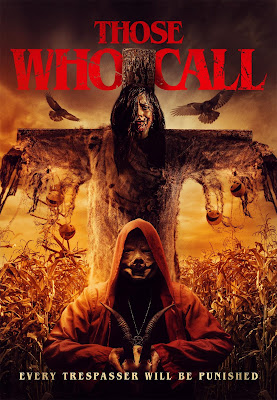 Two girls traveling across country have to deal with a cult after their car breaks down.

This evil cult horror film has some good performances and some great moments. While uneven in the pacing, some scenes seem like they were stretched to get this up to feature length (its only about 75 minutes long), this is actually a pretty good little horror film. Sure we have been here before any number of times  but for whatever reason the filmmakers manage to pull it together to make a neat little film.

Personally I'm so tied of low budget horror films that seem to have been turned out for a buck with no passion behind them.THOSE WHO CALL has a some passion behind it and the result is a film that's worth trying.