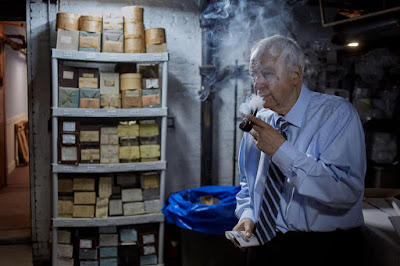 EVERYTHING IS STORIES is running as part of the Tribeca N.O.W Showcase is a stunner. This is a good enough storry that it could easily fill a feature length and the short itself is a glorious introduction to the documentary series.

The film tells the story of  Peter Stefan, owner of Graham Putnam & Mahoney funeral parlor in Worcester, Mass. The funeral home has a reputation for helping the poor as best the can. They also will take on cases that are tough to handle, such as the funeral of the Boston Marathon Bomber.

This is a moving portrait of a man and a company doing the right thing. It is a film where we see what it takes to be human. It also reveals to us what it takes to not only run a funeral home but what it was like behind the scenes for part of a a major news story most of us never considered.

Very very highly recommended I can not wait to see the rest of the films in this series.

An absolute must see when it screens again on April 21. For tickets and more information on the remaining screening go here.