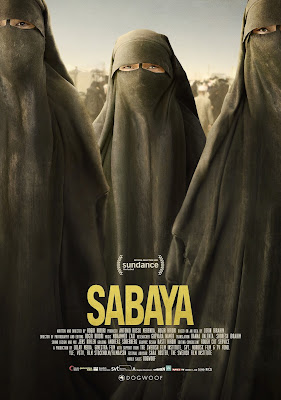 The sabaya of the title are the Isis sex slaves they take from the lands the conquered.  They grabbed young women and brutalized them for their pleasure. Using a mobile phone and a gun, Mahmud, Ziyad and other volunteers from the Yazidi Home Center go into the  camps holding Isis warriors and their families and attempt to find and grab the sabaya being hidden inside.

I loved  this film. I loved that the film went from my watching this and pondering the rest of Sundance to  just staring at the screen and repeating several sequences because I just had to see them again.

This is a great film. Its a story of good people trying to help free people from the darkness. I can't recommend it enough.