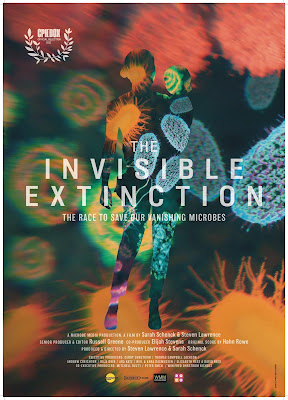 Documentary on how many of the diseases we are facing today may be tied to the fact that in the modern world we are facing the destruction of the microbes we have inside ourselves.

This is a solid documentary that has a lot that needs to be considered. The film clearly shows how the technology that lead to antibiotics and changes in farming  parallels the increase of certain foot related diseases and other ailments. It also reveals how in the part s of the world where these “improvements” aren’t the norm the people don’t have food intolerances and ailments. By the time the film ends you will see that there is something wrong and that we are potentially slowly killing ourselves. Of course the shows us a path from the brink, which is what makes the film required viewing.

Filled with good many things we things most of us never knew this is a film everyone should see people so they are armed to go into the future, perhaps less sick then they might otherwise be,