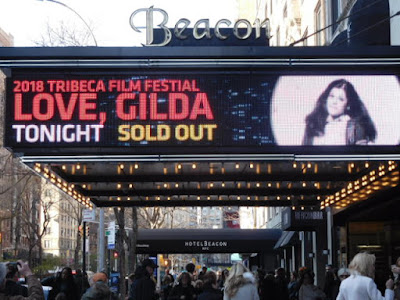 As I write this I'm just in from the Opening Night of the 2018 Tribeca Film Festival. It was a blast. I went with my friend Julie who had never been to Tribeca before and she had a good time. 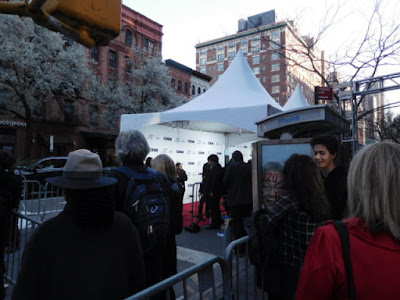 Before the film we went around and tried to see the Red Carpet. We waited for the better part of an hour for anyone to show up however they were only just arriving when we had to head into take our seats. 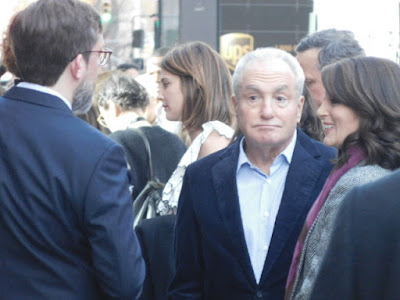 We did manage to see Lorn Michaels and Tina Fey 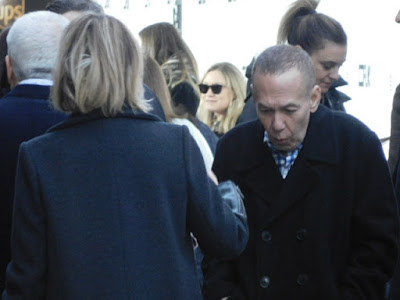 And Gilbert Gottfried and Lorraine Newman before we headed in. 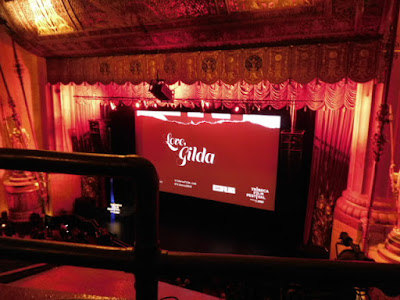 Once inside we waited for the show to start. 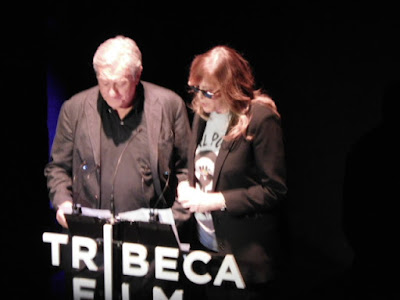 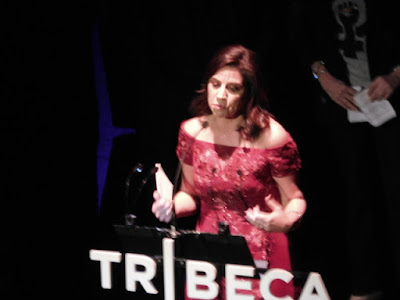 Then director Lisa D'Apolito spoke about making the film... 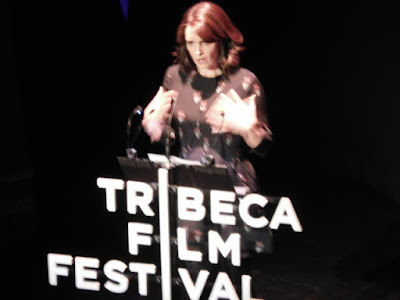 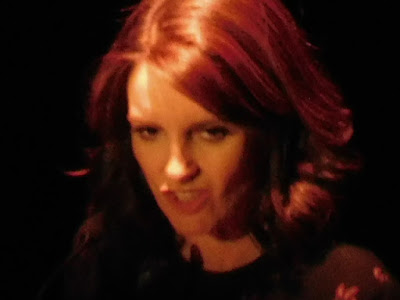 ...before Tina Fey came out and talked about Gilda and what she meant to her. 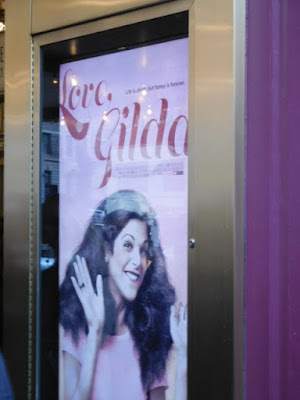 The film is a loving portrait of Radner covering her whole life, largely in her own words. Audio recordings are supplemented with sections from her notebooks either read by Saturday Night Live alumni or written on the screen. There is also a huge amount of film and video spanning her entire life. Nothing seems left out.

It is, as was suggested in someone's opening remarks, as if Gilda was talking directly to you. I suspect that unless you are an obsessive Radner fan there is going to be a lot of new stuff here.(you'll have to see the film to find out what, I don't want to spoil it)

Everyone laughed and...well... while we may not have been moved to tears we were still moved at watching the arc of a great soul.

This is a super film I can't say more than that...other than see it- preferably not on CNN where some of the language is sure to be bleeped.(And make sure to stay through the end credits for a great post credit sequence)

For more information and tickets to the remaining screenings go here 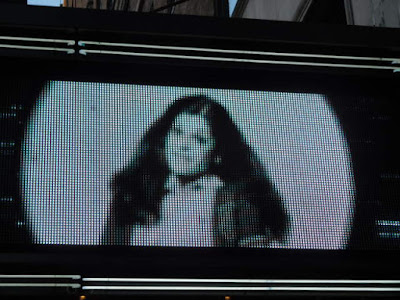