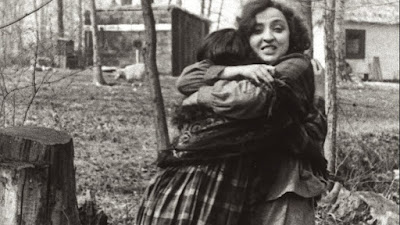 BROKEN BARRIERS is a long thought lost silent film based on the Sholem Aleichem stories that inspired Fiddler on the Roof. The focus is not so much on the Tevye character but on his daughter Khavah and her suitors.

I am not going to even attempt to compare this film to either the stories or to the show/movie of Fiddler. My working knowledge of of the stories is non-existant and my knowledge of the Fiddler allows me to sing bits of a couple of the songs and hum a few more. Instead I am going to just look at the film.

The film is very much a kin to many of the Yiddish film produced independently and released to audiences such as those in the Lower East Side of New York. Like many of the Yiddish films, it has a tactile feel and connection to the people and places it depicts,. If you didn’t catch the fact that several of the actors are speaking English you would think that this was filmed in Eastern Europe. It is an important example of the type of films that were being turned out in the silent era.

The film itself is a solid little melodrama. The plot follows the trouble caused when Khavah falls for a gentile  boy and the reverberations that ripple outward from that. I suspect that seems quaint to most people these days here in America, but not so long ago the thought of marrying outside of your religion or ethnic group was a major sin. BROKEN BARRIERS shows us what doing so could result in.

Long though lost BROKEN BARRIERS is screening January 19 with a live piano accompaniment and is recommended. For tickets and more information go here.
Posted by Steve Kopian at January 17, 2020