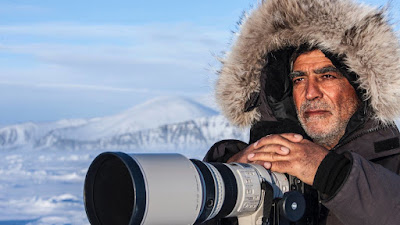 This portrait of photographer Amos Nachoum is a film you must see on a big screen. A visually awesome, in the truest sense of the word, it follows his quest to shoot polar bears while swimming while at the same time telling us his life story.

To be honest the life story is not as interesting as the photography, yea there are some twists and turns, but the stuff that is going to hang with you, the stuff that you are going to remember are the images that he creates and the stories of what it took to get them. Expect to gasp at the beauty and wonder of the images, especially if you are lucky enough to be seeing this film on a big screen. I think the technical term for what you will feel is "wow".

I really don't know what to say about the film other than go see this film when it plays at the New York Jewish Film Festival. Glorious films like this is why the festival is so important to the film year. NYJFF every years highlights films you probably would miss otherwise and highlights them. I know that sounds like I'm selling the festival and not the film, but I'm not I'm saying it because it explains why the film is so good and why you need to go see it.

For tickets and more information on the screenings on the 15th and 19th go here. 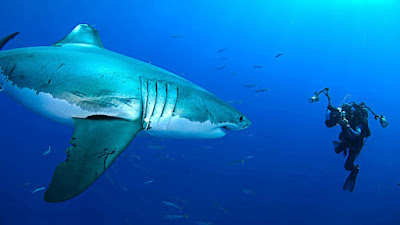