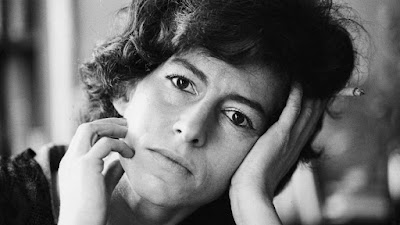 “You must not be afraid of anything in life, if you are you’re screwed.”

Portrait of writer, philosopher, actress  filmmaker and artist Marceline Loridan-Ivens in her own words.

This film is a real kick in the pants, entirely because 90 year old Marceline is a kick in the pants. She is a woman who lived life to the fullest and head on and we are better for it. Talking to us and her friends and collaborators both in writing and in film we get a sense not only her life but of the woman herself. We come to understand how she survived all that life threw at her and managed to remain standing tall.

I am in absolute awe of this film because I am in awe of the woman at it's center. She went and did and achieved so much. She had so much wisdom which she poured into her books and films. You completely understand how Ho Chi Min changed his mind about letting her film a movie in his country after meeting her.

And while I know that isn't much of a review, you have to understand that my words simply can not match Marceline. She was a singular woman and one you have to meet for your self.