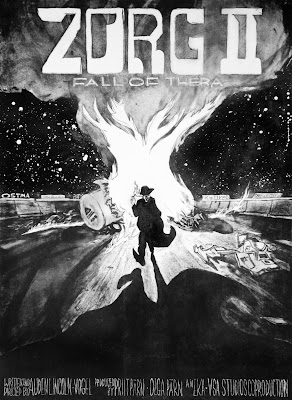 ZORG II
An alien comes to earth to star in a movie. A government type tries to stop him.
An amusing little tale with a great look and soundtrack. Its a nifty little tale that may be a little too long for what it is but then again the whole thing is great fun so who cares? 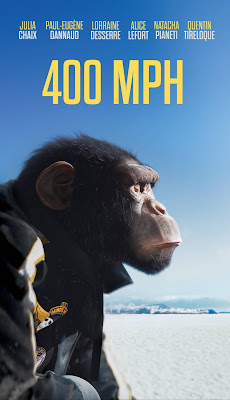 400 MPH
Utterly amazing film about a chimpanzee trying to reach 400 MPH. A true work of visual art. A gorgeous masterpiece of the highest order 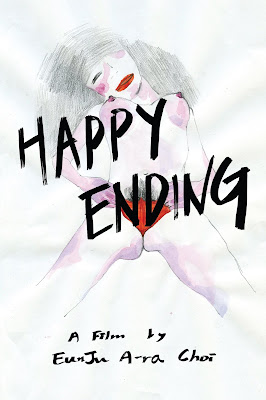 HAPPY ENDING
A disturbing film that reveals the inner thoughts of a Korean prostitute. While visually compelling at times the words cut to the bone making for an uneasy experience. Recommended 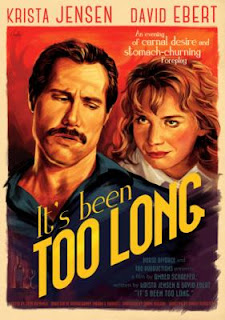 IT'S BEEN TOO LONG
Wickedly funny film about a two sometime lovers coming together in a cabin to hook up who confess all their insane sins. I have no idea what to say other than this film is a perfectly timed little gem full of endlessly quotable dialog. Definitely a film you want to track down. 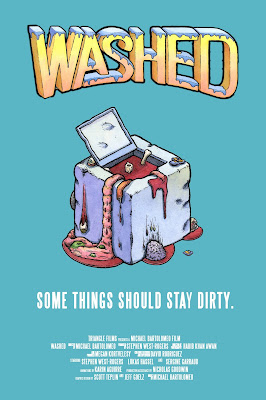 WASHED
A man goes to the Eldritch Laundry to arrange to have his laundry done. It does not go as expected. That last line refers to not just the main characters on the screen but the audience as well. I did not expect where this as going at all and neither will you. A brilliant little comedy. 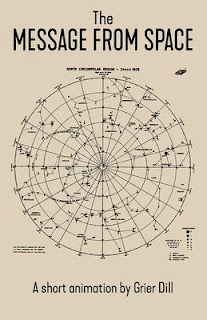 MESSAGE FROM SPACE
The story of our first contact with aliens and what follows. It's a neat little tale that doesn't go as you think and it wonderful as a result. It is also nicely compact telling its story and then getting off. 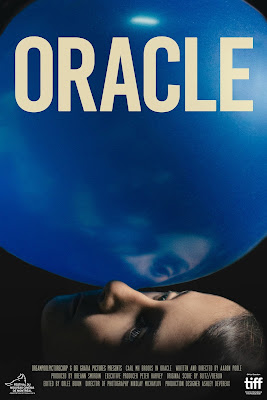 ORACLE
Okay story about a little girl who sees a dark shape in her house. It's good but I'm not sure it works to the end. 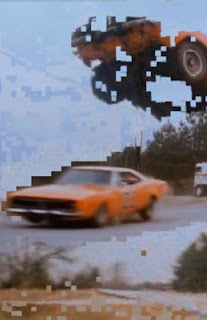 HOT PURSUIT
Digital decayed clips of The Dukes of Hazzard....and this one just didn't work for me. 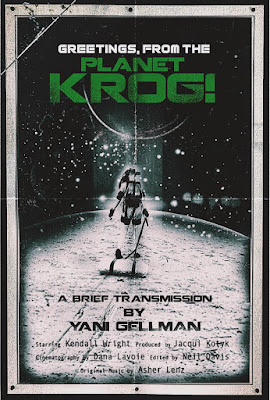 GREETINGS FROM THE PLANET KROG!
Dead pan narration keeps the story of a mother kidnapped by aliens from fully soaring. However the creepy visuals and the basic plot keep things interesting. 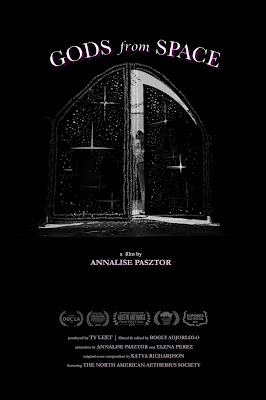 GODS FROM SPACE
Dr George King contacted was contacted by aliens and soon after began The Aetherius Society to spread the word that we have moved away from the spiritual path. Intriguing short doc is a brief mediation on the society and it’s founder that works as a kind of tone poem. I am intrigued enough that I need to do some deep digging on the Society and their teachings. Ideally I would love a feature on the society. 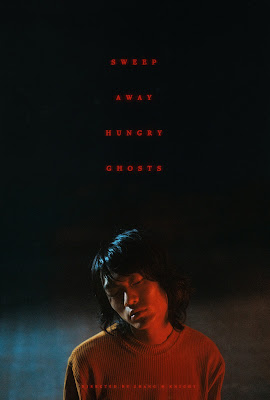 SWEEP AWAY HUNGRY GHOSTS
A son tries to come to terms with his deceased father’s transvestism.
Visually over powering film borders on a being a horror film mediation of familial obligations and the unintended consequences people leave in their wake. While this is hands down one of the best looking films I’ve seen in years, I find that the thematic elemets didn’t click with me. I completely understand what the film is getting at but as anything other than a visceral experience I’m not sure it really works since everything is a little too symbolic. 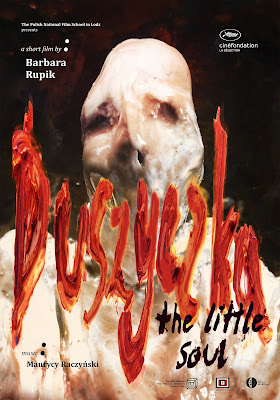 THE LITTLE SOUL
A soul leaves a body and wanders off through the forest.
Feral stop motion film echoes and riffs on the work of Albert Pinkham Ryder, Hieronymus Bosch and William Blake. It is a glorious creepy trip to the darkside and the afterlife. Highly recommended

SMILES
Absolutely evil short film about a young man going home to meet his girlfriends family only to find they are wearing weird yellow smiley face masks- or are they? I don’t dare say more because that would ruin the absolutely wrong in the absolutely right way fun of this wicked little short. A hellish must see.
Posted by Steve Kopian at January 29, 2020