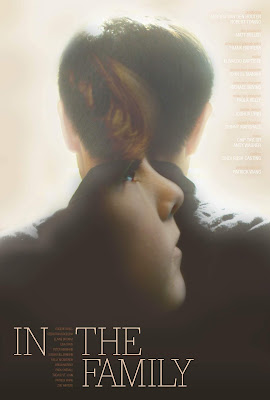 2019 saw the addition of a new film to the list of great movies about custody battles: Noah Baumbach’s Marriage Story. Despite not prominently featuring dragons, serial killers, or space wizards from a galaxy far, far away, the film became the toast of social media and the bane of overworked content creators the internet over who chugged out think piece after think piece squabbling over its place in the pantheon of court movies.

Of all the films dredged up for listicle duty (thank you for your service Kramer vs. Kramer), one of the most surprising omissions was Patrick Wang’s 2011 indie drama In the Family, a superb, Spirit Award-nominated film about a gay man named Joey who finds himself trapped in a custody battle after his long-time boyfriend Cody dies in a car accident, leaving his biological son Chip from his previous marriage in a state of legal limbo. When Cody’s extended family invites Chip over for Thanksgiving, they de facto kidnap him and serve Joey with a restraining order, claiming custody as per an outdated but still legally binding will Cody wrote years before meeting Joey. Faced with an unwinnable court case—the film is set in a pre-Obergefell v. Hodges Texas—he descends into a pitch blackness that sees him reevaluate his entire life.

At almost three hours, the film is a slow but absorbing sit where Wang assembles scenes and moments together with the assuredness of a filmmaker far beyond his years and experience (though he’d long worked in theater, this was, astonishingly, his directorial debut). His directing is an odd mixture of Yasujirō Ozu and Robert Altman, favoring the static camera and narrative ellipses of the former (we don’t hear about or see Cody die nor do we see his funeral) and the decentralized, character-based drama of the latter where actors wander in and out of shots and scenes seemingly as they please. Indeed, the average scene plays out for almost a minute before it “gets to the point.”

While the whole film is a humanist triumph, the last hour is the most powerful, comprised largely of a Hail Mary custody deposition where Joey (played by a wonderfully understated Wang) pleads his case before Chip’s family while suffering homophobic attacks from their lawyer. As with the rest of the film, its intimacy is almost painful, and all without memeable Driver/Johansson histrionics.