I Was Not Born a Mistake (2019) and Butterflies in Berlin: Diary of a Soul Split in Two (2018) New York Jewish Film Festival 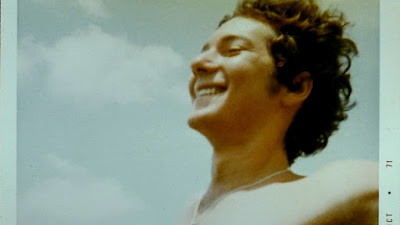 This is a wonderful little film about Yiscah Smith who was born as a man. She became deeply religious on a trip to Israel where she made a deal with God to lead the correct life if He helped her keep it together. However after many years living the Ultra Orthodox life and fathering six children she realized that she couldn’t go on and came out of the closet, divorced transitioned into being a woman. It was a move that shocked everyone around her prompting death threats not only for herself but her children as well.

This is wonderful little film about not only finding yourself and your place in the world but also the dangers of being different in a tight knit community. Smith's choices upset many people in her community and it caused her no end of trouble.

This is an excellent portrait of a woman who is following her path and finding things opening up for her. 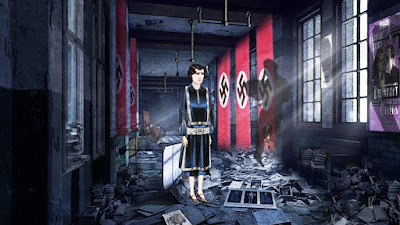 I WAS NOT BORN A MISTAKE  is playing with the short  BUTTERFLIES OF BERLIN: DIARY OF A SOUL SPLIT IN TWO.

BUTTEFLIES... is an animated film about a man named Alex who becomes the first out-of-surgery transsexual. Sprining from the events listed in a diary given to the Holocaust musem the film recounts the story of Alex during the rise of the Nazi’s in Germany and their hunt to kill anything deviant. While I didn't fully connect to the film emotionally, the animation style didn't work for me, It does did keep me engaged by giving us a clearer picture of what exactly was going on in Germany in the run up to the start of the Second World War. It also tells a story most people are not aware of.

Both I WAS NOT BORN....and BUTTERFLIES... play January 21. For more information and tickets go here.
Posted by Steve Kopian at January 18, 2020