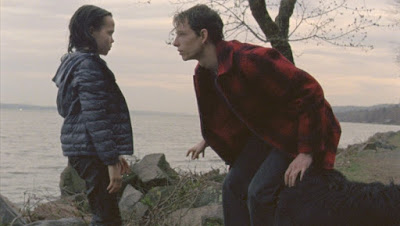 Since his 2011 directorial debut In the Family, Patrick Wang has seemingly molded himself into America’s response to Taiwan's Edward Yang with his focus on slow-burning humanist parables set amidst familial and societal upheaval starring huge, multi-generational casts. In the Family, a heart-breaking look at a gay widow trapped in a hopeless custody battle for his dead partner's biological son, raised eyebrows for its three-hour length and languorous pacing, both audacious decisions that rarely bode well for first time directors coming from the theater. Indeed, the first fifteen minutes simply watch the central family putter about their business in the course of a single day from sunrise to sundown. Likewise, his two-part 2018 film A Bread Factory about a struggling community arts space in upstate New York stretched over four hours with much of the run-time devoted to simply watching actors and artists rehearse and perform.

Though superficially concerned with the intricacies of human emotion, Wang is equally fascinated with observing the passing of time, and understandably, he needs a lot of it. Perhaps this speaks to why his second film The Grief of Others is such a disappointment. The only one of his films adapted from existing source material—in this case Leah Hager Cohen's 2011 novel—The Grief of Others feels disoriented by its 102-minute runtime, feeling rushed and incomplete.

The film follows a traditional nuclear family living in Nyack, New York trapped in a maelstrom of unspoken grief after mother Ricky (Wendy Moniz) gives birth to an anencephalic baby that dies shortly after it's born. The usual pain of losing a child gets compounded when her husband John (Trevor St. John) discovers that she knew the baby was braindead in the womb months before giving birth and refused to tell him that it was doomed.

This feels like prime material for Wang whose films all deal with loss in some way, but his inexplicable nonlinear execution here is oddly stunted; we don't even learn the family was recovering from a stillborn baby until almost halfway through. Instead, we get seemingly unrelated character vignettes that start and go nowhere, primarily concerning the red herring arrival of John's pregnant teenage daughter from another marriage which dominates the first half hour. Wang spends much of the film flailing for a direction or emotional center for his story and comes away confused and empty.