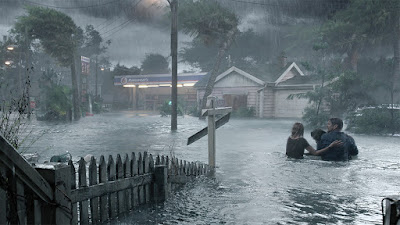 The set up has a hurricane bearing down on Florida. A young oman races to make sure her dad is okay only to find him unconscious in the crawl space under the house. It seems a giant alligator  has wandered in. As she tries to drag him to safety things become complicated  as the storm hits and she realizes there is more than one beast hunting them.

This is as close to a perfect thriller as you gets. It sets up the characters and then drops them into hell and runs for as long as it can. Its a chilling film that ill not only have you on the edge of your seat but talking to the screen.

Seriously this is nigh on perfect and had this come out in the age of the drive in it would have played for decades and influenced generations of filmmakers.

Yea, it is that good.