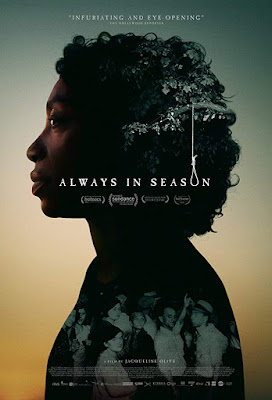 ALWAYS IN SEASON is a shattering look at lynching in America

Jacqueline Olive’s film is nominally focused on the case of Lennon Lacey a 17 year old African American  who was found hanging from a swing set in North Carolina in 2014. While his death was ruled a suicide there are indications that it may not have been, from his not really having a reason to the fact his grave was desecrated. While the FBI did get involved they found the evidence hopelessly tainted. The result is a a great feeling of unease for many in the community.and in particular  In order to explain why Olive masterfully explores the history of lynching, and the 1946 Moore's Ford Lynchings in Georgia when four people were pulled from their car by a mob and killed, horribly. Olive uses a re-enactment of the killings to explore people's thoughts and feelings to lynching and all things related to it.

Watching the film I was left stunned. Even in this age of Presidentially fueled racial hatred ALWAYS IN SEASON was a stark reminder of just how deep hatred runs and how evil even supposedly good men and women can be. In reading on the film, (I was so stunned watching the film I didn't take notes and put into such a dark place I didn't want to revisit the film to get the information I wanted to have) that the one thing that many people writing on it called it infuriating and noted how it makes you angry. I agree, there is much to be angry about. But also there is a profound sadness that despite claims to be good, many of us really aren't.

ALWAYS IN SEASON floored me. Watching it it left me struggling to find words. There was a sense that no matter what I had to say was meaningless because most of you are just going to glance at my words and move on, which is wrong. What I felt I needed to do was find away to just make you see the film. Yea my words may be nice, but they are no match for the power and importance of Jacqueline Olive's film. It is a vitally important missive about the state of America that we all must see. 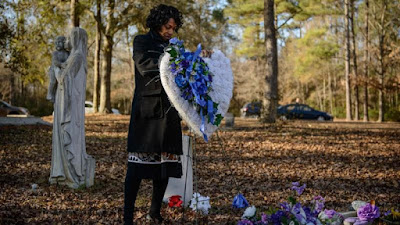