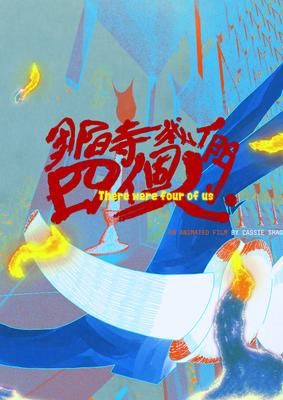 Trippy animated film that starts off about a meeting of four people and goes on from there.

One of the best films at Slamdance There Were Four pushes the notions of form and narrative through carefully controlled images, sound and dialog, both aural and written. It is a visceral film that forces you to engage with it on so many different levels that I will need to see the film several more times in order to properly do it justice.

Simply put this film is a stunner and an absolute must see for any one loving animation or truly adventurous and groundbreaking filmmaking.
Posted by Steve Kopian at January 27, 2020