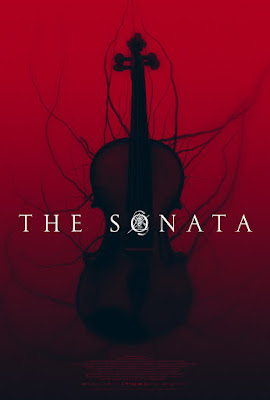 Rutger Hauer plays a composer who kills himself  leaving his mansion and work to his estranged daughter a concert violinist. She is nonplussed by he father's death, however soon after visiting his home she discovers that things were not normal and that he may have connections to a secret society trying to open up the doors between worlds.

We've been here before any number of times (for example this is a kind of musical riff on the same idea behind novel that inspired THE NINTH GATE.) and the film doesn't do much new with the result our interest is lost. Blame both the acting and the script are uneven which resulted in my wanting to see what happened (I hope they would do something good eventually)  I didn't remain glued to the screen. 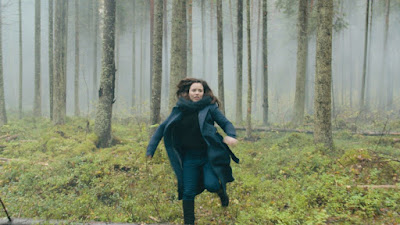 I'm not going to point fingers, partly because there is enough blame to go around, but mostly because some of the film actually works. The hunt for what the symbols mean and another the ten or fifteen minutes of the film at the end are actually quite good. The problem is as I said at the start we know where this is going. There are no really surprises and even when there are the cast often seems disinterested.

I don't hate the film, but I didn't love it.Watching it as a screener I found that I was doing other things around the room. I most certainly wanted to see where it went but I didn't need to watch it with my full attention since I was ahead of the cast by a mile.

Worth a look at some point when it hits Netflix of an inclusive streaming service. 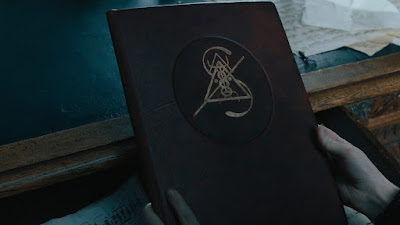