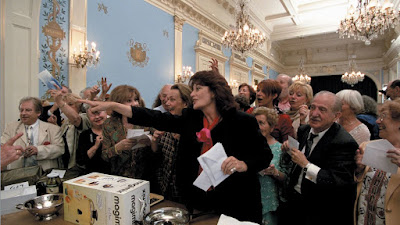 For me all film years start with the The Jewish Museum's and Film at Lincoln Center's New York Jewish Film Festival. How I react to the films playing it set the tone for the rest of the year. I always, and I do mean always, see at least one film that makes the best of the year list and the more I see the better the film year is going to be. As this posts I'e seen three great year end list making films and I am not done with looking at films yet.... Other people I know consider Sundance the place where a year's films matter, but I would argue it is here at NYJFF because it is where I catch the films I remember all year.

Forget the fact that this is a Jewish film festival and just go in thinking you are going to be seeing great films. Yes, have Jewish themes or subjects but the reality is they speak to the larger subject of  our shared humanity.

How good is NYJFF? While I started covering the festival because of Unseen Films it has become part of me and I can not imagine ever not going to see the films at the festival. I have seen way too many films at it that have changed the way I see the world and have made me a better person to ever stop going.

I love this festival with all my being.

Normally every year I try to wade into the festival and cover it all, sadly that isn't happening this year. Things outside of the film world  are preventing that. I do suspect that I will be catching around a dozen or so films before it's done. 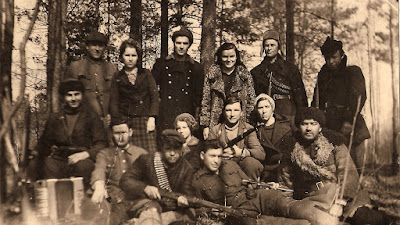 As I write this I am still screening films, however there are a few I want to recommend you get tickets for:

The opening night film AULCIE is a wonderful portrait of Aulcie Perry a basketball player who moved from the US to Israel and became a legend.  Bring tissues because it will move you in the right way. (Right now it is only standby- but keep checking the website in case more tickets are released)

The closing night film CRESCENDO is one the truly great films of the year. A drama about a youth orchestra that is half Israeli and half Palestinian it manages to be witty and funny and touching. If it isn't always perfect it is always honest with some kick ass use of classical music.

I WAS NOT BORN A MISTAKE is the story of an ultra Orthodox man who became a woman and what happened as a result. It is a wonderful portrait of a wonderful woman.

THEY AIN'T READY FOR ME- portrait of African American rabbinical student Tamar Manasseh who is trying to stop the gun violence in Chicago by using the teachings of her religion.

PICTURE OF HIS LIFE is a film you need to see on the big screen. A portrait of nature photographer Amos Nachoum it is full of images that will haunt you forever. A hidden gem of the festival.

MARCELINE. A WOMAN. A CENTURY is a portrait of writer, filmmaker and all around kick ass woman Marceline Loridan-Ivens who never stopped living life. If you know Marceline's work then this is a must. If you don't know of her this is a double must.

THE STATE MANDELA AND THE OTHERS is a vital document made up of recently discovered audio of the trial that sent Mandela and hid co-defendants to jail. Sure we have had versions of the story- but this shows us how it all really sounded.

That should get you started. We'll have reviews of all of those and some others.

All that is left to say is go buy tickets. They can be had here, and you need to go buy them before they sell out and they will.

I need to thank both Film at Lincoln Center and the Jewish Museum for letting me cover the festival and for creating one of the highlights of the film year. 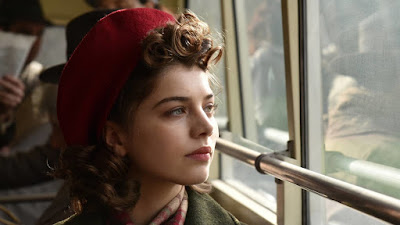 Email ThisBlogThis!Share to TwitterShare to FacebookShare to Pinterest
Labels: nyjff 2020