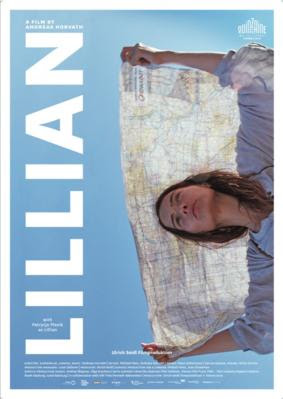 Playing like a mix between Agnes Varda’s VAGABOND and the under appreciated KUMIKO THE TREASURE HUNTER, LILLIAN is the story of a young Russian woman who finds herself stranded in New York she decides to go home by walking back to Moscow.(It is based on an incident that happened in the 1920's)

Absolutely beautiful to look at film is a portrait of the backwaters of America as Lillian travels across the country getting by whatever means she can manage either by making friends, stealing clothes and food, sleeping in cars or abandoned houses. It is a largely solitary existence that mixes beauty with desperation. It is an almost wordless journey

To be honest I honestly don’t know what to make of this film. As I said at the top this film reminds me of several other films. While there is absolutely nothing really wrong with it, especially if you take it on its own terms, ultimately I was left feeling as though I had wasted a couple hours of my time because I don’t know what I am supposed to get out of this film. Where Varda’s film raised issues of self-sufficiency, a woman’s place in society and life in general, and where KUMIKO showed us the folly of obsession, LILLIAN simply doesn’t seem to have a point, or one that requires two plus hours of screen time. Yes, the film has things to say about America and how outsiders perceive it but at the same time I’m not sure it adds up to very much.

A beautiful film but nothing more.
Posted by Steve Kopian at January 30, 2020