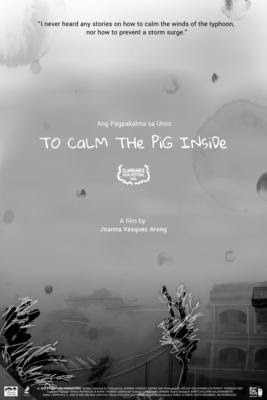 One of the best films at Slamdance is a documentary/essay about the destruction left on the islands by super typhoon Yolanda. Shot in moody black and white and mixing new footage with stills, children’s drawings and news footage, director Joanna Vasquez Arong has made an utterly hypnotic descent into a destroyed village.

What makes the film so haunting is that the director’s narration adds several levels of understanding to the proceedings. This is not just a look at the destroyed place, but at the wrecked psyche of the place as ghosts wander the landscape, Saints perform miracles and children find themselves swimming in an ocean filled with dead bodies.

This is the stuff of nightmares and unfortunately it is all true.

I have no idea what Joanna Vasquez Arong is doing next but whatever it is I want to see it because even if it is half as good as this film it will be twice as good as anything coming from most other directors.