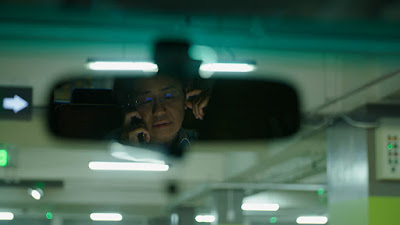 A THOUSAND CUTS is a portrait of the current political and social situation in the Philippines through the trials and tribulations of journalist Maria Ressa and the organization she works for Rappler, the leading investigative news site in the country. Wanting to do more than tow the party line for demagogue Rodrigo Duterte, they have ended up in a never ending battle to report the high crimes against humanity that the the government's war on drugs  are committing.

I am going to be brief in regard to A THOUSAND CUTS. My brevity is not because there is anything wrong with it, but rather because the film is over stuffed with information regarding what is going on in the Philippines. Frankly I need to see this film another time or two to catch everything that is being thrown at us and to process it. There is a great deal to ponder here and I am not going to toss off a long review pretending that I have fully digested it.

Kudos to director Ramona S. Diaz who has turned in yet another excellent film. Refusing to tell the story simply she instead drops us into the middle of the battle for the soul of a nation.  While she primarily is tracking Maria Ressa's story we also get to see General Ronald “Bato” Dela Rosa the strong man who is holding public executions of addicts, Mocha Uson the pop star turned social media influencer for the dictator and numerous journalists who are struggling to cover the madness. Diaz is covering all the bases and by the time the film ends we feel like we have had a ten course meal.

This is both a heartbreaking and hopeful tale. It is heartbreaking in that we witness a country going slowly insane as respect for life and basic human dignity begin to ebb away under the control of a man who simply wants to remain and power by playing to human baseness. He really couldn't care less about stories such as the woman who had to crawl down an alley to get to he son who was killed by police violence. At the same time it is hopeful in that it is a tale that shows us that there are some good people in the world, like Ressa, who refuse to go down the dark path.

(I don't want to state the obvious echoes to the current American leadership, but I do have to mention that there is a sequence early on in the film where Maria Ressa explains the divide in how her country gets its news and how that split the country- which exactly parallels the split in the US groups.)

A THOUSAND CUTS is a great film.   It is a film you must see if you care about humanity and human rights. Highly recommended.
Posted by Steve Kopian at August 03, 2020