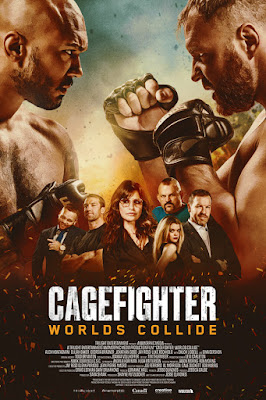 MMA champion Reiss Gibbons maybe the greatest ever. There is nothing left for him to prove. However when a promoter asks him to fight the reigning champion professional wrestler things go wrong...

Normally films of this sort are just okay. The sports figures who star are not actors and the films are filled with heart but little else.  CAGEFIGHTER on the other hand is an absolute joy. The leads can act, the story, while a tad cliche, is dressed up enough you won't care.

Simply put I had a blast. When I was done I wanted to get some popcorn and soda and sit down with my dad and watch it again.

One of the most enjoyable sports films of the last year and one of the best MMA films I've run across.