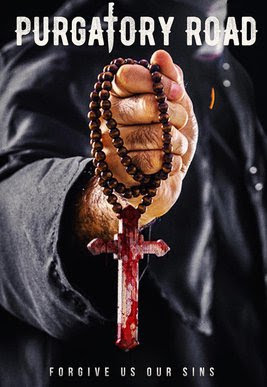 Years after their father kills himself  when a thief steals his last dollar a priest and his brother travel the country giving absolution, and killing anyone who confesses to being a thief. Complications arise when a certain woman comes into their lives...

This small scale thriller entertains. Moving along at a good clip, the film grabs us early and drags as along as we  watch a man of god going off the rails and straight into hell.  It is a journey that makes us sit forward in our seats as we wait for the next terrible thing to happen.

I liked this film a great deal. I liked that it wasn't a big and flashy Hollywood thriller but a small scale engine that is designed to move and keep you on the edge of your seat. If you can take the film for the pretty little fear machine it is I think you'll have a good time.