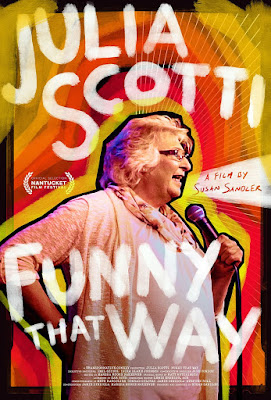 Highly recommended on the level of this is going to be "one of your most cherished films of the year" level, JULIA SCOTTI is going to be continuing on the festival circuit with the film being an official NEWFEST selection starting Friday.
Posted by Steve Kopian at October 14, 2020