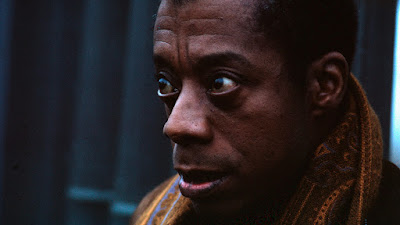 A film crew attempts to make a portrait of James Baldwin in Paris. At first he agrees to talk about his work, then he backs off from even doing that and that is before some ex-pat Americans inject themselves into the proceedings.

One of a kind film captures a moment in time with Baldwin. This is the sort of real life drama you couldn't plan to make happen but as a filmmaker you hope it happens since you end up with sparks you might not see otherwise. Baldwin's cantankerous nature  makes for interesting viewing.

To be honest I'm not sure what I think of the film. It's  interesting but in a way its just a footnote. This is a moment in time. I kept waiting for it to add up to something. I'm not sure it does.