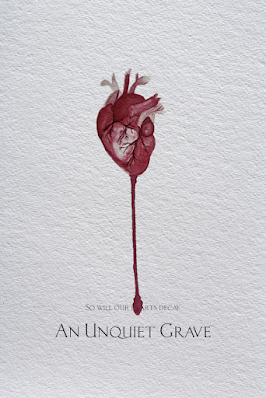 A year after his wife was killed in a car accident a man and his sister's twin go to the location where she died and try to bring her back...bad idea.

This low key film is essentially a two hander with all Christin Nyland and Jacob A Ware pretty much being the only ones on screen. That is not a bad thing since the pair manage to sell the creepy stuff with almost no blood, gore or jump scares anywhere in sight. This is a film that is all about the performances and the performances are excellent.

If I am not forth coming with details that is because the film works because it is a slowly building march to the end. My saying anything more than I've said runs the risk of giving something away, which I don't want to do. This is a film you will want to see and experience the first time through with no clue because its power comes in not knowing what it is going to do- which is wondrous and atypical things.

This film is a gem. I was not really planning on covering the film but I got an email from someone whose opinion I truly trust who told me I really needed to see this. Yes, Ted I did. This is a wonderful little gem of a film that is so good that I can recommend it to people who hate loud blood soaked films.