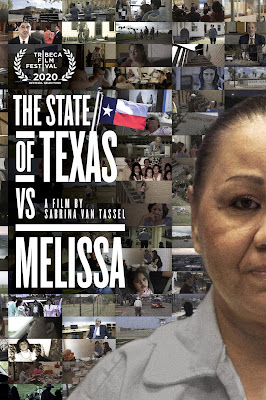 This is the story of Melissa Lucio who was convicted of abusing her daughter to death. As a result she has been on death row for the last 12 years. The trouble is that there are all sorts of problems with the case, witnesses came forward to say she didn't do it but were ignored; her defense attorney may have railroaded her in order to get a high paying job with the DA; and on top of it all the DA was convicted of corruption not long after and the federal prosecutor on that case said all the death row cases the DA handled need to be re-investigated. Of course that doesn't include the fact that science maybe on her side when a doctor revealed the bruising from abuse may have been due to the brain injury. If there was ever a case where there was reasonable doubt, this is it and then some.

An absolutely riveting case and horrifying miscarriage of justice is a warning to everyone about what happens when public officials do evil. While some may argue that some of it isn't conclusive proof of innocence there is more than enough here to throw out her conviction because the optics of the case are so bad it's more than likely it's all tainted. Watching the film you are going to find that things are so WTF that you will be glued to the edge of your seat.

And that's a good thing because as compelling as the story is, the telling takes a while to get up to speed. Too much time is given over to telling Lucio's story early on. Yes, it makes Melissa more of a person than just someone on the screen, but at the same time it feels like we are being delayed in why we are watching the film. I would love to see the material slightly reordered.

Quibble aside, once the film finds its footing it tears on straight to the end. The film will leave you sick to your stomach and talking to the screen- with the final notes at the end will making you groan at the possible future for Lucio and the case.