The Creeping Severed Head Of Blood In The Snow Shorts: SIGNAL, BALLAD OF THE SHARKASAURUS, CREAT(E)URE, PALLIDUS, THE FOREST and ESLUNA

This time out I'm mixing some of the web material.... 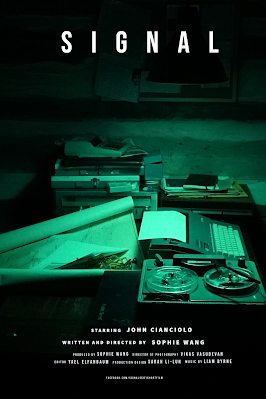 SIGNAL
Alone in the wilderness, a man gets a signal....
While covering ground we've seen before this is so well done you won't car. Truly enjoyable 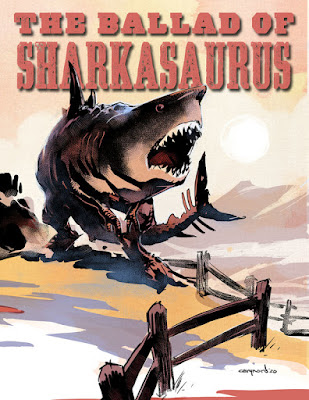 BALLAD OF SHARKASAURUS
In the old west, a sharkasaurus is released in from a mine and attacks the town.
A completely wrong in all the right ways comedy horror western. A must see 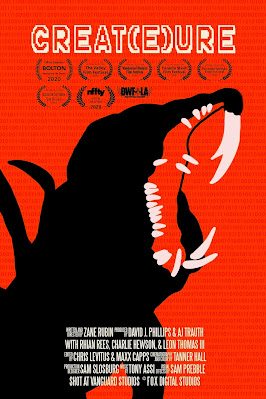 CREAT(E)URE
Three people are trapped on a subway by a monster that smells fear.
Laugh out loud funny send up of the invincible monster genre will delight all monster lovers. 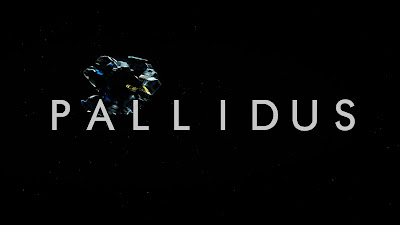 PALLIDUS
A crew of a space hauler discovers that what they are hauling is dangerous...
Very good short space opera. I have no idea if this will go farther, but it's a solid little film/series so far. 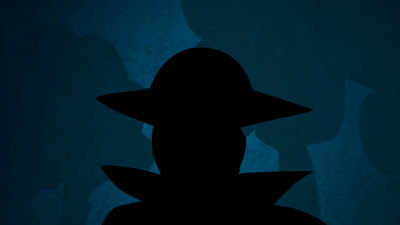 THE FOREST
A music video about walking in the forest.
A solid little film.

ESLUNA:FIRST MONOLITH- Episode 3
Third episode of a science fiction series (each episode is about 10 minutes long) is good enough that I now want to see the entire series. Take a nibble and I'm guessing you'll want to do the same.
Posted by Steve Kopian at October 27, 2020