the thing that kills me most is playing at NightStream 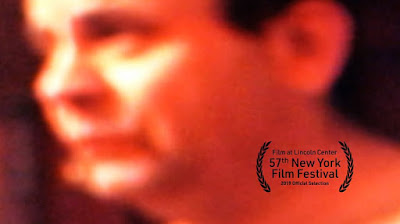 This is a repost of a review that ran last year when the film World Premiered at the New York Film Festival
Playing at NightStreams  THE THING THAT KILLS ME MOST is a truly disturbing slice of hell. The film is an abstract recounting of the guest from hell by another guest after the fact. It is a film I never want to see again (that's a rave)

Jay Giampietro has fashioned a hellish little film from stolen images shot around a friends house and what appears to be a voice altered call about a vile guest who won't go away. The mix of altered voice and altered image intensifies what appears to be one bad situation. We are left to wonder who the monster is. Do they even appear in the footage? We don't know.

I do know that the people in the film are my good friend Sam Juliano and his friends and family, and no that doesn't affect my feelings for the film, this is just disturbingly great.