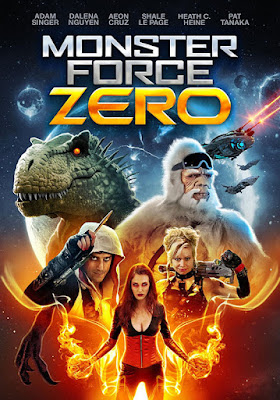 Cosplayers promoting a comic book at a convention are given superpowers by a yeti to help fight an invading alien force.

There is no reason this film should work. While it looks like it was made for a pocketful of change, the film overcomes all its problems because the cast sells it. Too often in low budget films the cast is walking through the film not caring. Here the cast is invested. They are trying to sell what they are doing and not just having a good time. As a result we in the audience have a good time.

This low budget charmer is not going to be at the top of your year list but it will entertain you on a rainy night on the couch. Which is all we can ask for.